Colin flew from England to Kyiv, the capital of Ukraine, on Friday April 28, as guest of the Ukrainian Charitable Down Syndrome Organization. His visit was organised by Tania Mykhailenko (to Colin's left in photos below), who has been liaising with us at Special iApps since 2011, and has worked tirelessly to get our Special Words and Special Stories apps translated into Ukrainian and Russian. 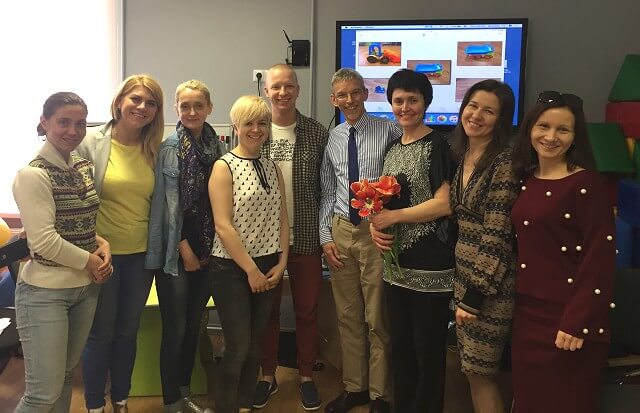 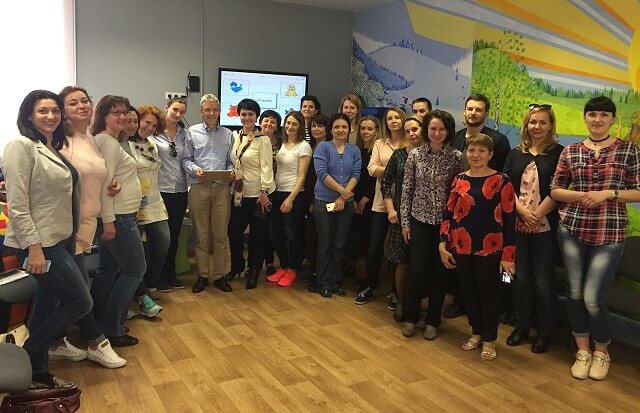 Tania had gathered together parents and professionals for two 4-hour workshops, one on Saturday (mainly for children with Down syndrome), and the other on Sunday (mainly for autism, including from Autism Ukraine). Many of the attendees had travelled overnight from distant parts of Ukraine (the largest country in Eastern Europe) and even from Belarus (a country to the north of Ukraine).

The first workshop was kindly opened by Creena Lavery, head of Commercial Section at the British Embassy in Kyiv. We were also pleased to have Maryna Maiboroda with us - who had translated the Special iApps website into Ukrainian and Russian. 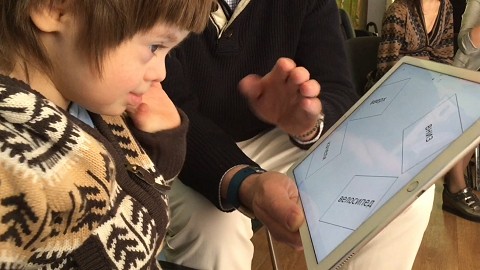 Colin would like to thank everybody who attended for their enthusiasm and active participation, and subsequent positive feedback on Facebook. Tania was an absolute star, for having translated the slides and handouts in advance, and for fluently interpreting between 3 languages for 8 hours!

Natasha Solo brought her son Max along for the start of the Sunday workshop. Max has Down syndrome, and will be 4 this month. He had never seen Special Words before, but figured it out incredibly quickly, and totally amazed everybody with what he could do in his native Russian.

You can see the video we took of Max, on our Ukrainian and Russian sites.