William has had a number of successful transitions throughout his mainstream school education. Starting at nursery (kindergarten) where he spent his early years as a baby and toddler, then into primary (elementary) school first into a foundation unit which included nursery and reception class, into KS1 infant classes and then KS2 junior classes. Then a bigger step into secondary (high) school, which he currently attends and where he will stay until he's 16. After this we expect he will have further transitions into post-16 education, independent living and work placements.

William was a summer baby, born in late July, and so to us it was important to maximise his Early Years education as he would be with other children up to 11 months older than him. As a baby he started at a local private day care setting, then moved into a school nursery setting in a foundation unit before subsequently transitioning into the main school. He had a big step change moving from KS1 to KS2 as this was into a different part of the same school but a new environment and different routine. In all he spent 9 years in Gilesgate Primary School before his move to Belmont Community School in 2017.  This was a significant step and required quite a long and planned transition. 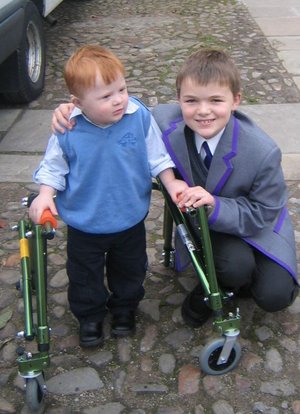 Our family life is busy. We have 2 sons and they would be transitioning through their primary and secondary education either at the same time or subsequently. We needed a rough plan of where both boys would be when and also an idea of scheduling both their transitions in order to find the right schools for each of them. We certainly learned a lot from both journeys through the education system here in the UK.

Choosing a nursery was easy as our choice was based on experience of our elder son where we knew the setting and staff and they knew William as they collected other children for their after school club so we’d regularly catch up when waiting for William’s big brother during school runs.  In the UK we have Portage which is a home-visiting educational service for pre-school children with SEND and their families. William had good eary intervention support from very early on with regular home visits from Portage, Speech and Language, Occupational Therapist, Physiotherapists and other health professionals. They all fed into his transition from home to his day nursery, supporting his transition from the onset and once he was settled would mix up their visits between home and his nursery settings.  We had a lot of recommendations from multiple source to support his speech and communication development as well as fine and gross motor skills, learning through sensory play. 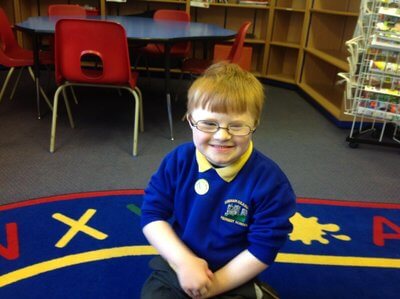 Moving to school took a bit more time. We needed to choose which setting so we looked at all the local schools in our area where William could subsequently move up into infant school. Our wish list was simple: mainstream and local to our community with good SEN support. I remember our first visit to the setting he ultimately spent his next 9 years at, the feelings of worrying and anxiousness as we walked up to the main entrance. We were entrusting William to people we didn’t know and that was scary and difficult. I recall speaking to staff prior to our visit to make arrangements and being greeted by the head as we got to the front door. I carried William around the school, he was more like a baby than a child about to start nursery. He couldn’t talk, sign, nor walk. We were greeted with warm welcomes, smiles and reassurances and staff showed us around. They say you make your decision in the first 30 seconds and I suppose that was very true. After the first visit we knew it was the right place for him. Another visit was arranged, further meetings took place about the transition between his private day nursery and the school with all of the professionals around him, lots of visits were planned and scheduled so that staff got to know him and he was introduced to his new enviroment and those who would be with him.

The transition included a number of visits from staff, planned handovers, time for William to get to know the new grown ups, as well as teachers getting to know him. Training was put in place and he started his school nursery with enthusiasm. We’d had a number of days where he had mornings in the old setting and afternoons in the new. He’d been given a rollator walker from physiotherapy and used it everywhere at every opportunity.  Accommodations were made so there was space that he could get around with the rollator and these continued so that his needs were met during his education.

However this was all behind the scenes as for William this was a fun and exciting time where he was positively supported by trusted grown-ups, had fun with his friends who were all heading to different schools and meeting new kids, forming new friendships. He had watched his big brother move to a new school and we'd explained to both that they were to go to different schools but each was the best choice for them.

Once in school he had annual reviews and we discussed him moving up each year. This became easier and easier as each year passed as we all knew William and what was working and which areas he needed things to be different or have extra support. Transitions of moving up a class each acedemic year became easier and easier, it was all under one umbrella with the same key staff members, with planned hand overs. 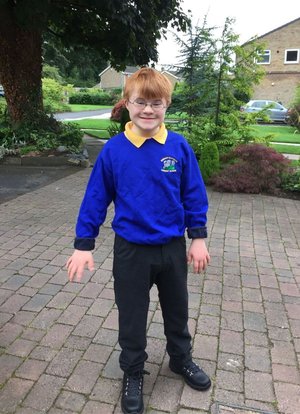 We had a vague idea of which secondary school William would move to, but this all changed as the school we had in mind closed, and we needed to find an alternative. We waited until Year 5 to start looking at his next school options. It was a good time to start as other parents of children the year above were going through their transitioning, choosing schools and taking in the playground so we could get others' impressions as well as forming our own later on. This was one of the benefits of William having repeated a school year in 2011/2012 as we knew the year group above quite well.

Transitioning to secondary school was a significant step in William’s life. We looked at schools 2-3 years before his move from primary to secondary. It did take much time and William ended up going to his local school, the nearest one to us. Contemplating the options available meant that we knew when he started that it was the right choice for him, and that’s been proven to be correct. He’s just finishing his second year there and has another 3 to go. He is well settled, very happy and thriving. 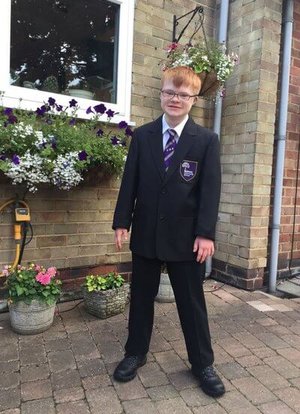 We don’t know the next step yet, but we do have a vague idea of what our options are and I’m listening to and quizzing my network on their experiences and choices when the topic comes up. We have no concrete plan as yet but we are in fact at the start of out next transition stage already, gathering information on the options and also preparing for adulthood as he transitions from children to adults health services. William is a teenager now.

One thing we always try to remember is to enjoy where William is at this present time and support him weekly, monthly and termly through each school year.

Selecting the right school for your child can take time. Looking back when moving to a new setting we always did our research well in advance and a lot of it. The schools that I thought William would attend were not the ones we finally chose in both cases. We looked at all our local schools, talked to and listened to parents of older kids to hear their story and experiences (the good and the bad), and asked lots of questions. However, every child is unique and all settings are different so what works for one child might not be true for another kid.

William has complex needs and has continued to have a lot of external professional support from a multi-disciplinary team over the years. I knew the dates and times of when to request input and whom to ask, sometimes I would be involved directly and other times I simply gave a list of professional contact details to the school's SENCO (special educational needs co-ordinator) for them to follow up.

In the back of my mind I had a roadmap. However it’s a balance of thinking long enough ahead so that you can prepare but also not too far ahead or in too much detail as things can change. Avoid worrying about the future and enjoy the present! 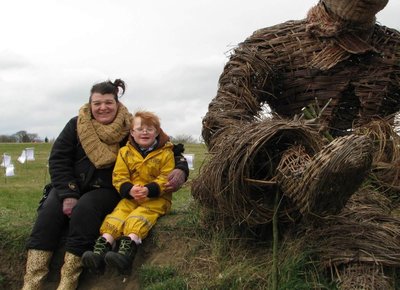 About William: William was born in 2005. We knew before he was born that he had Down syndrome, duodenal atresia and would need life saving surgery hours after his birth. His early years were difficult as he had Hirschprungs disease, and has undegone surgery many times; our last count is 16 general anaesthetics! At around 6 months he developed West syndrome, a form of epilepsy, althought this passed. He has a hearing impairment and wears hearing aids. In 2017 autism was confirmed. Read more about William in Bev's Story ►

About Bev & Colin: Bev founded Special iApps in 2011 with her husband, Colin, after recognising the potential of devices like the iPad for helping children with learning disabilities. They couldn't find apps suitable for William, so Bev asked Colin to start writing some for him, and these apps are now supporting children around the world in many languages. In 2018 Bev was appointed a Member of the Order of the British Empire (MBE) by The Queen for her services to exports in educational technology for people with learning disabilities. Find out more about Special iApps ►