William was born with Down syndrome and diagnosed with autism in 2017, and with World Down Syndrome Day and World Autism Awareness Day coming up, we thought it would be great to share an update about his progress.

William is a teenager now (he'll be 15 later this year) and he's thriving in mainstream school. We recently met with his teachers and spoke about his hard work, interest and enthusiasm for learning, his good behavior and how he is working hard towards his qualifications and embracing all opportunities presented to him. The words used to describe him now at aged 15 are so different to those when he was a new-born baby.

We knew before he was born that he had Down syndrome and needed life saving surgery within hours of his birth. If I could talk to my younger self now I’d say “Don’t worry, everything will be OK. William will become a young man that you will be so very proud of. It will be hard work and there will be some very sad and difficult times ahead but there will also be celebrations and successes as well. Support for you and him is out there if you want it, if you need it. There is no need to do this alone as the saying goes ‘It takes a village to raise a child’.” Now I know that the old African proverb is true. William is who he is today because of the interaction and support he has had from us his immediate family, his brother, his grandparents, aunts and uncles, neighbors, strangers, health professionals, educators, his peers with and without disabilities, their friends and families, people who organize and run the events he’s attended, people involved in creating productions such as the theater and films he’s watched or the songs and music he’s listened to. Whether these have been professional or amateur he’s learned something from them all. The list goes on and on and perhaps when counting people extends way beyond the population size of a village.

Now every child despite whether they have a disability or not is different, and the journey raising each one from their early years varies from family to family. Down syndrome is a spectrum. William is not the most able person I have met who has Down syndrome. He still struggles with many things on a daily basis. His speech and his fine motor skills are areas that we continue to work on improving. He has a highly differentiated curriculum at school and has a lot of support in place from various sources and people. He continues to need the support to access and do what he does and will continue to do so looking ahead. There is a lot of hard work that goes on behind the scenes and around him. Comparing him with more able children and even more gifted and talented kids that I know  I see similarities with the support and opportunities provided. For any child to succeed they need the help and support in place which involves time, funding, knowledge, resources and training.

We are not trailblazers either. He isn’t the first person with Down syndrome born where we live. He wasn’t the first to go to his mainstream primary school (elementary), nor transition to our local mainstream secondary school (high school). He’s not the first to study for qualifications at his age. Others laid the path we tread before us and we follow in their footsteps. We walk along in our own way and as we do so, with each step the path becomes clearer, becomes more well trodden. It exists for others who are younger walking behind us and they can see it ahead yet walk along in their own way, in their own style, at their own pace. It’s so different to when I was a child where people who had Down syndrome did not attend school and were not entitled to what I take for granted for my son. 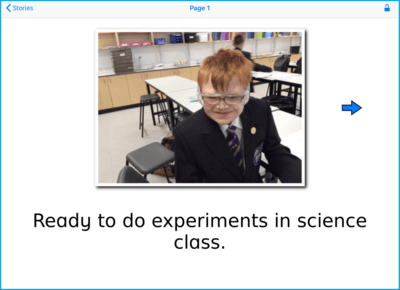 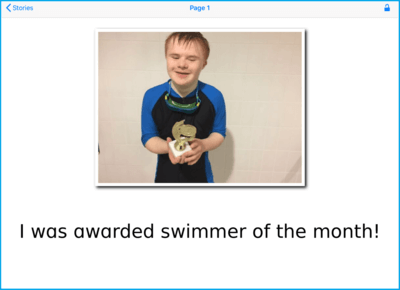 However, William is one of few children who have Down syndrome attending mainstream school in our area. There is still a lot to do to raise awareness and that’s why we have days like World Down Syndrome Day on the 21st of March. It’s in March as that is the 3rd Month and on the 21st day both the day and the month relate to the fact that people who have Down Syndrome have 3 copies of their 21st Chromosome. Down syndrome is also called Trisomy 21.

William has continued to swim regularly. He has weekly lessons as well as in a monthly disabled swim club. He is still learning to swim and has a natural butterfly stroke. He’s been in the water since he was a baby and he first learned to move in water. Swimming as an activity supports and strengthens his muscle tone and strength. I recall his physiotherapist saying that if we were to reduce the number of his weekly activities and groups to try and continue his swimming as a bare minimum, as that would be the best thing for him in the long run since it’s an activity that helps develop his core strength and motor skills. I’m very glad we did as swimming has proven to be so beneficial for him over the years.

William was the inspiration for Special iApps

I founded Special iApps along with William’s dad way back in 2011. William is our Chief Happiness Officer and he continues to use the apps we have created personally to support him in a number of ways. He also tests the apps as we develop and extend them, being instrumental in testing our newest apps Special Spelling and Special Sentences. His favourite remains Special Stories, as he loves sharing what he’s done with home and school. We continue to use our apps to do his homework and use Special Words to learn new vocabulary. We’ve even used Special Words to learn Roman Numerals. When he moved schools there were a lot of new faces, new routines and a lot of new things especially in the science labs where we used our apps to support his transition and will repeat this as he starts his transition to his next setting.

For us it’s rewarding that he’s inspired what we do and reaps the benefits himself from using the apps that we have created. As he’s grown the way that we use the apps to support him has developed as he has progressed. We learn of other children who have continued to use our apps like William has over the years. Each enjoy our apps, especially the way we support personalized content and have continued to use the apps as they’ve grown from child to teen to adult, just like William.