The aim of this activity is to build and reinforce the ability to count objects by touching them.

To play you count the balls or animals that appear, by tapping each one. When you tap an object, a number is spoken (1 for the first one you tap, 2 for the second, and so on) and the corresponding number digit (or digits) is shown on top of it. 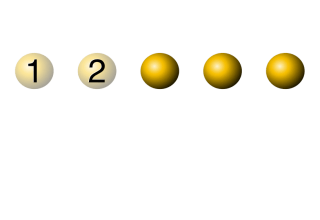 The activity moves through steps, displaying a different number of objects in each step. By default, the first step has 1 object, the next 2, and so on up to 5, with a blue arrow shown when it's time to move on between steps, and a reward is presented after each step.

The number of objects to show in the first step: between 1 and 20.

The ball or animals are normally shown in a regular arrangement, starting at the top left, and going across, then starting the next row, up to a maximum of 4 rows of 5 objects. If you turn this setting ON then the objects are instead scattered randomly among the 20 possible positions.

You can choose between Matching or Mixed balls, animals, flowers, pencils or bugs. Matching means that, within a single step, all the objects look identical. Mixed means randomly chosen from a set of 12 different objects.

If this sound setting is ON, the number of objects is spoken at the start of each step. Turn OFF to disable this.

If this sound setting is ON, the number corresponding to each object is spoken when it is tapped. Turn OFF to disable this. 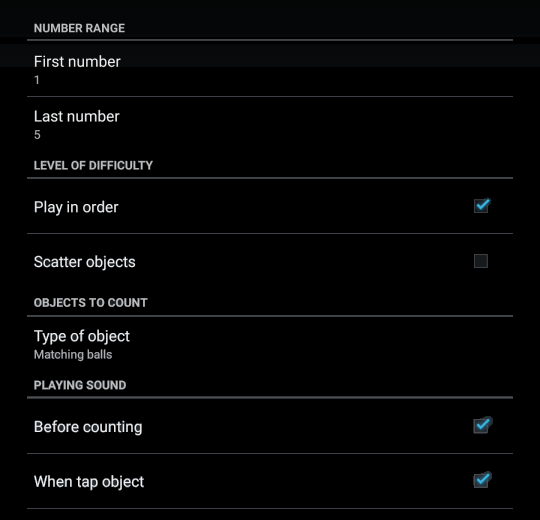